Le Freak is a monthly soul, funk a disco club night held at The Midlands’ only soul and retro club, The Night Owl. As well as some fantastic music, the night has become infamous for it’s ‘Soul Train’ style dance offs. Soul Train was a popular American TV show that started in 1971 and was infamous for the way that couples would dance their way into the studio.

As the popularity of the ‘Soul Train’ style dance off part of ‘Le Freak’ has grown The Night Owl have now turned it into an official dance competition. The competition launches this Friday 29th September with two more rounds (27th October & 24th November) before the final on Saturday 16th December. The winner not only earns the prestige of the Le Freak dance off 2017 champion title but also takes away £250 cash plus various The Night Owl goodies! 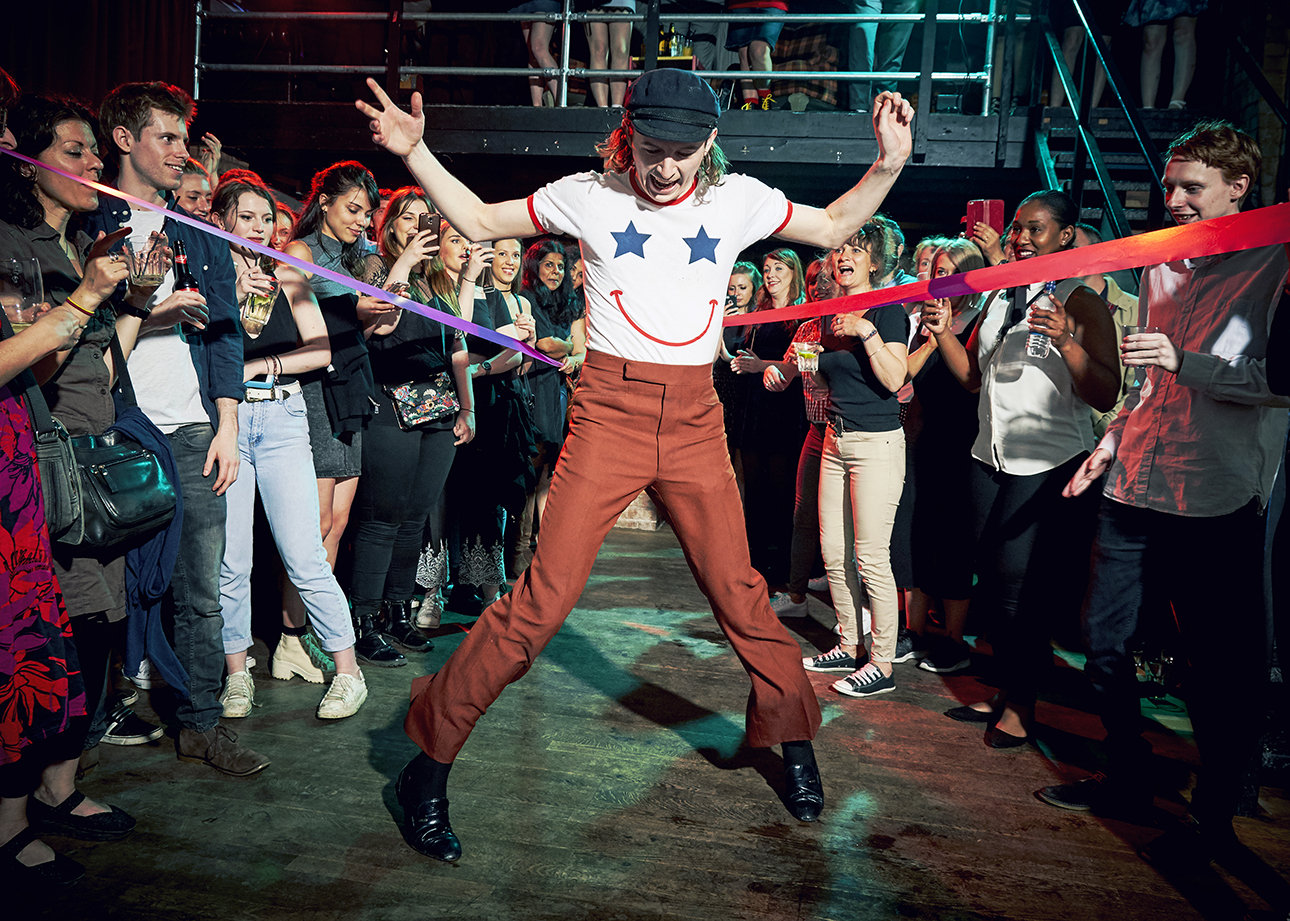 Edmund Quigley leads the dance off

Each round is judged by experienced dancers as well myself, the disco referee, promoter and hostess. This first round will be judged by Sammy Dee, Northern Soul dancing champion, previous winner of ‘World’s Best Northern Soul Dancer’ award who’s dancing appeared in feature film ‘Soul Boy’ and resident disco dancer Edmund Quigley, who has helped to evolve the concept with me. 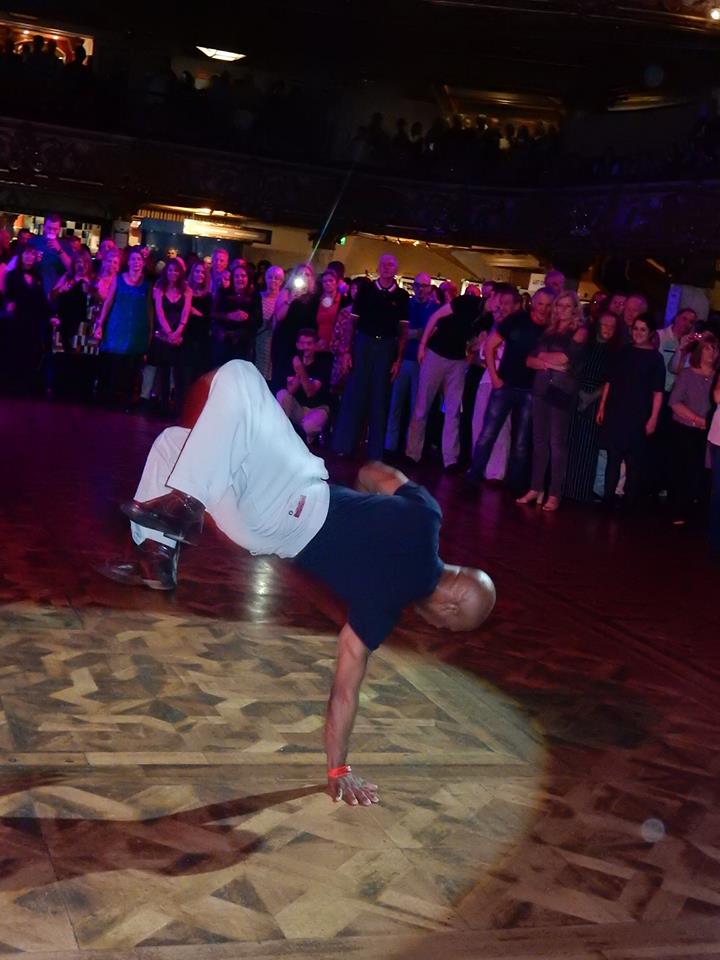 Dancers are encouraged to dance in couples ‘Soul Train’ style but can also compete individually. Both amateur and professional dancers are invited to take part with the winners and first runners up of each round going through to the December final. Dancers must register on arrival to the club to take part on a first-come basis.

See you on the floor! 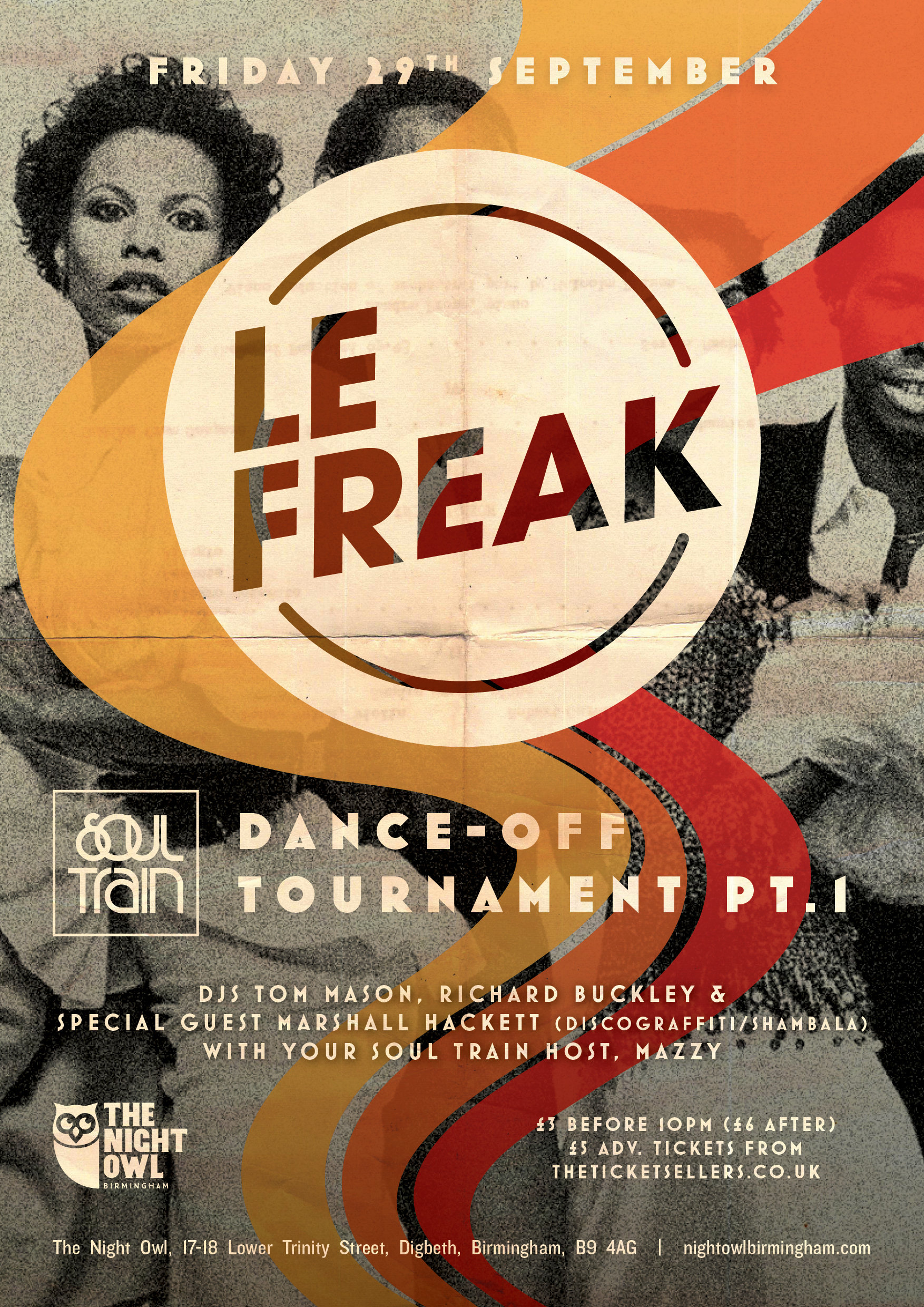