It was by pure chance (or luck) that I spotted a link to Mazzy’s blog on my Facebook timeline during one of my hourly scrolls. I had broken up from university, completed a placement at the BBC and appeared to be jobless and internshipless (?) for the next 4 months. I had emailed and applied for countless positions and to be honest I was shocked when I received an email back from ‘mazzysnape.com’ whilst sitting in a Starbucks with my Mum.

I had job interviews coming up and was still emailing companies about placements. I wasn’t sure if I’d be able to fit all these things into one summer but I went for it. About 2 weeks later we met at what seems to be Mazzy’s resting ground –  The Old Crown, Digbeth.

I think Maz was shocked that I had emailed her, I remember her saying that no one had contacted her before asking if they could be her intern, and I don’t think she knew what her answer was going to be. We spoke about what I wanted to do in my career, what Mazzy had done/was doing and I was impressed, Mazzy had worked on some fab things and seemed to be doing so many things at once, but I didn’t know if she’d like me enough to want me to be her PA. 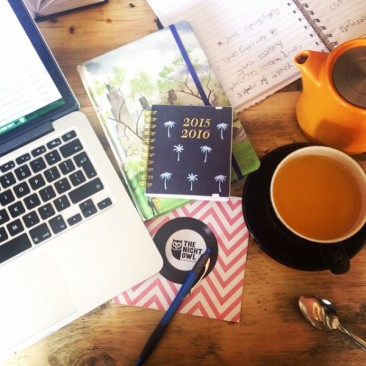 I guess she must have liked me as I was only meant to be PA-ing for a month, that somehow turned into 2! In the first month we worked mainly towards the opening of The Night Owl, setting up the social medias, making the booklets for press events, liaising with companies to help promote our venue things like that, all this work meant we grew to be quite the team! The opening night at The Night Owl was amazing, I felt so proud at what we had achieved  – all that time I spent putting the cost of canapés into a spreadsheet had paid off!

The second month has flown by, we have had meetings with Marketing Birmingham, helping Mazzy sort out her iPhone issues, going to the PIND project, she judged an event at BCU, I met Jump The Shark the band she manages, we attended Restaurant taster evenings, and seeing my name at the bottom of an official press release seems like a really big deal and something that Mazzy will always be part of. It’s been so fun! No day has been the same.

I have not only made a close friend out of Mazzy who I click with amazingly well, I have also learnt A LOT. I honestly do not know how Maz has enough hours in the day with everything that she has going on, and she still manages to party. She has introduced me to so many great contacts, I know that she will always be willing to help me in the future as I will be for her ( ;) ha)  and so much more. Working with Mazzy has been such a rewarding experience and has made me really excited for what the future holds.